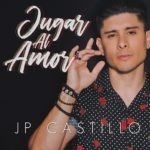 Una cancion al estilo Pop/Urbano, the California native is breaking records independently. As his video count grows, so does his fan base. UM has been at the forefront of his promotion giving you the best in up and coming Latin Music, JP is another one of them.

Continue Reading
You may also like...
Related Topics:Featured, JP Castillo