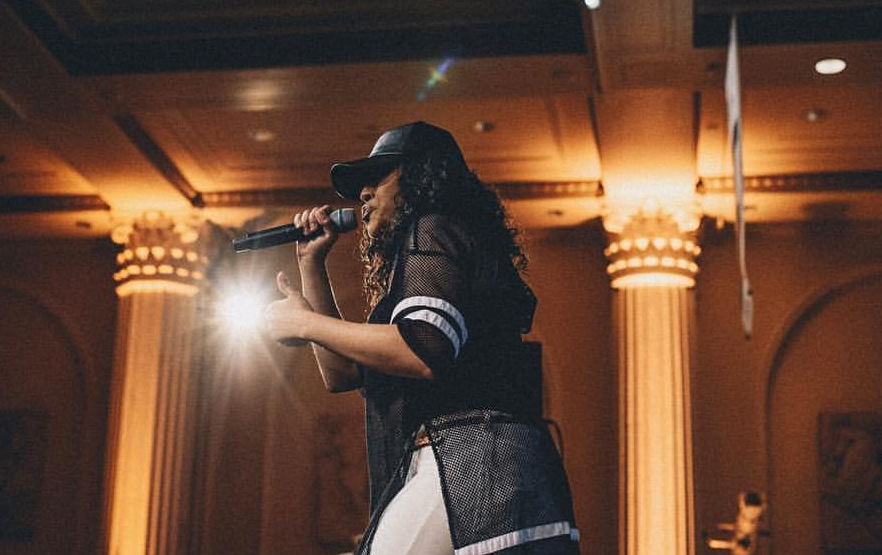 With her clever, edgy lyricism and riotous stage persona, Karma Rivera has risen to star status in the Portland rap scene. The emerging rapper and hype queen explores the strength and value behind words with meaning, and she does this without seeking to fall on a commercial loophole of music that hardly displays artistic value. While difficult to holistically label, her music lies within the genre realms of rap, hip-hop, and latin trap yet is characterized by an unrivaled individualist style. Driven by passion from writing and performing, Karma covers a wide range of subjects such as sexual identity, how it is to be a female artist in the industry and the musical and cultural movements behind her Afro-Latina roots (Puerto Rican descent). Although originally from Chicago, Karma began making music while attending Washington State University. Today Karma has gained notoriety in Portland by embracing the opportunity to open for artists like CupcakKe, Princess Nokia, Chief Keef and Snow tha Product. While she’s driven to continue dominating the local Portland scene, her ambitions are to bring her bouncy and catchy sound to the mainstream.

“Down 2 Ride” is the latest single release from Portland-based hip-hop and latin trap artist, Karma Rivera. The reggaeton song which features guitarist Fabi Reyna of Sávila and Reyna Tropical, is accompanied by melodic and catchy sounds infused with hard lyrical verses, true to Karma’s unique style. “Down 2 Ride” showcases Karma’s latest latin rap influences with a Caribbean party vibe which stems from her Puerto Rican roots. Karma’s latest single is bound to draw attention to the Portland music scene by pushing hip-hop aesthetic boundaries with a cross-cultural, genre-bending musical style.

Continue Reading
You may also like...
Related Topics:Karma Rivera