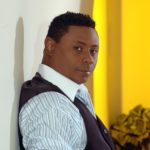 Dominican singer Yoskar Sarante died Monday in Orlando, Fla., due to a lung problem. He was 48. The news was confirmed by J&N Records President Juan Hidalgo and Vice President Nelson Estevez, both of whom worked with the artist for many years.

“We were great friends, almost like brothers,” Hidalgo said in an official press statement. “We lived many experiences together. There are many happy memories with him. He was a good person and we are very sorry for his loss.”

Estevez added: “Dominican music is in mourning because it has lost one of the best bachateros. Yoskar imposed a style in the ’90s bachata that was the propeller of the change of this genre. We must also highlight the work of his music producer Martinez de León, who worked with him from the beginning, his manager Rodrigo and we, at J & N Records, who were the first to believe in Yoskar and to this day promote his legacy.”

Artists have since taken to social media to express their condolences. “Our genre has lost a superstar, one of the best voices of Bachata,” Romeo Santos wrote on Instagram. “Your departure has been sudden and surprising,” Don Omar posted. “Bachata and your beautiful country are in mourning.” Colombian DJ Alex Sensation stated, “I will always remember you with that joy and all your songs that made me your fan since the beginning of your career.”

Sarante was born January 2, 1970, in the Dominican Republic, with a musical trajectory that spanned 25 years. Known as “El Prabu,” Sarante kicked off his career in 1994 as a merengue singer in the local band Grupo Melao. He then dipped his toes into the bachata genre, becoming one of the most popular bachata singers of the ’90s.

Known internationally for his romantic bachata tunes, Sarante is the man behind classic bachatas such as “Llora Alma Mia” and “Perdoname.” You can revisit some of his work below.

Bryant Myers Rescatado After Being Kidnapped!